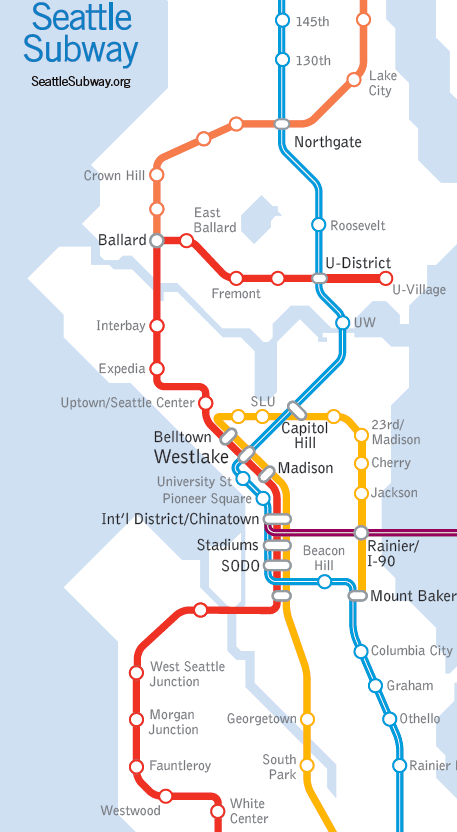 Last Thursday, Sound Transit unveiled a new website about future rail expansion in the region. It’s pretty slick; if you haven’t seen it yet, it worth checking out. At the same time they also opened a survey, asking what people would like to see in a future ballot measure: http://soundtransit3.org/survey

While the survey has its flaws (why do we have to support parking garages to support sidewalks and bike trails?), it’s a great way to let the agency and Sound Transit Board know what you want to see on the ballot next year. If you haven’t filled it out yet, here are Seattle Subway’s suggestions.

First off, these types of surveys have a hard time capturing nuance. If you want to have an effect, you need to push at the extremes. Rate outcomes that you don’t like very low (1) and ones that you do very high (5).

These projects are the best bang for the buck while avoiding unacceptable compromises.

3. Missing projects that need to be studied.

This is the just the beginning of the process, not the end, but we need come out strong and get it started on the right track.