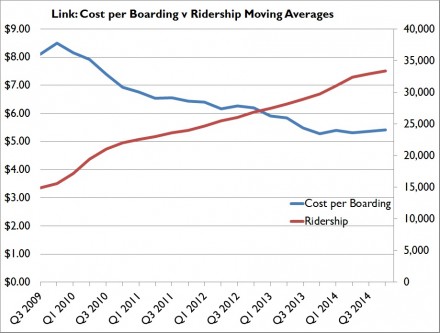 Sound Transit’s summary then some analysis and my charts after the fold.

Total Sound Transit boardings increased by 7% during the first quarter of 2015 compared to the same period in 2014. Boardings increased on all modes except Paratransit. System growth is trending about 6% over the annual budget and SIP forecasts. Aside from 56 slide-related train cancellations on Sounder North Line, there were no major service disruptions during the quarter.

ST Express buses had 6% more boardings in Q1 2015 compared to the same period in 2014. Average weekday boardings reached 62,285 for a 7% increase. No major changes in service took place during the quarter.

Sounder commuter rail boardings were up an impressive 17%, with an 18% increase in average weekday boardings. Ridership increased significantly on both Sounder lines. Mudslide conditions resulted in 56 cancelled North Line trains, compared to 91 annulments in the first quarter of 2014.

Tacoma Link Link light rail ridership also showed impressive growth with total boardings up 11%, and a 12% increase in average weekday boardings. This stands in sharp contrast with 2014, when ridership declined during each quarter.

Link light rail boardings were up 5%, with a 7% increase in average weekday boardings. A planned service closure related to University Link preparations and a drop in the number of major sports events this year contributed to lower growth compared to escalation rates seen in 2014.

Full report here. My charts and more below the fold. 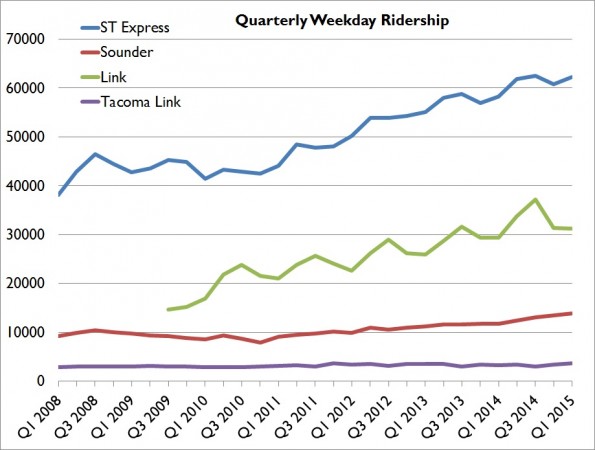 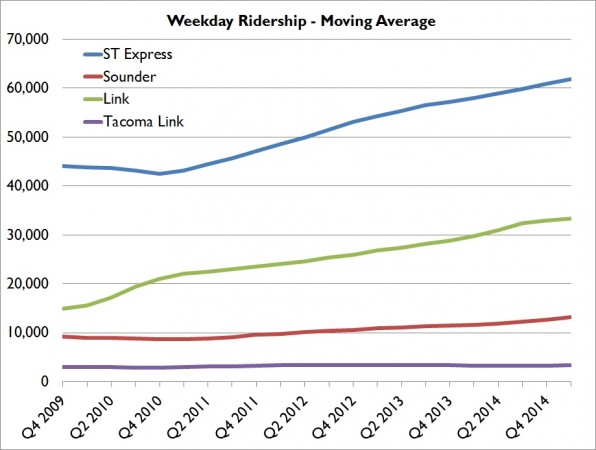 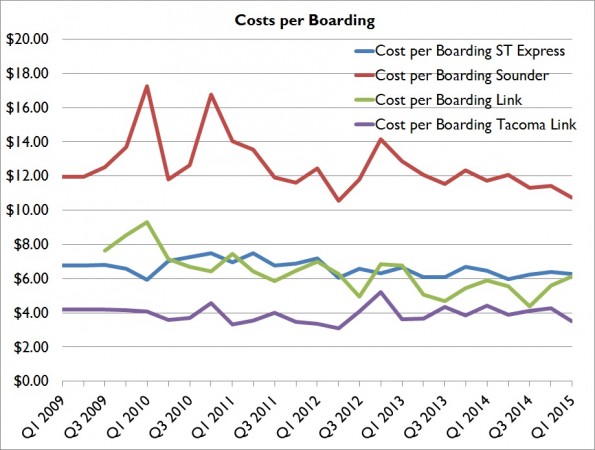 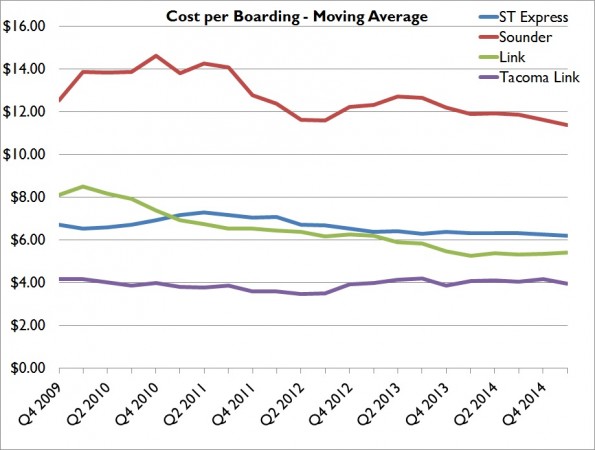 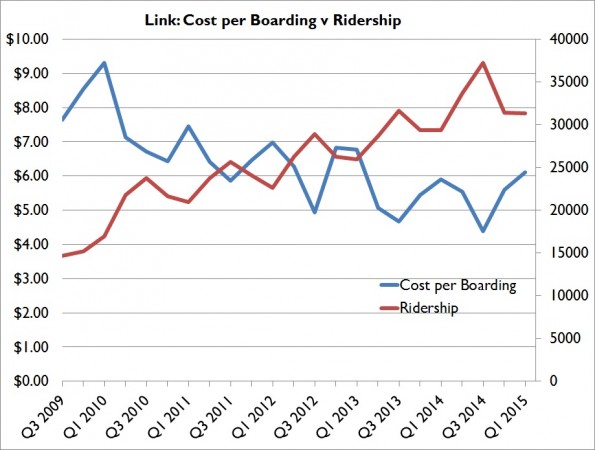 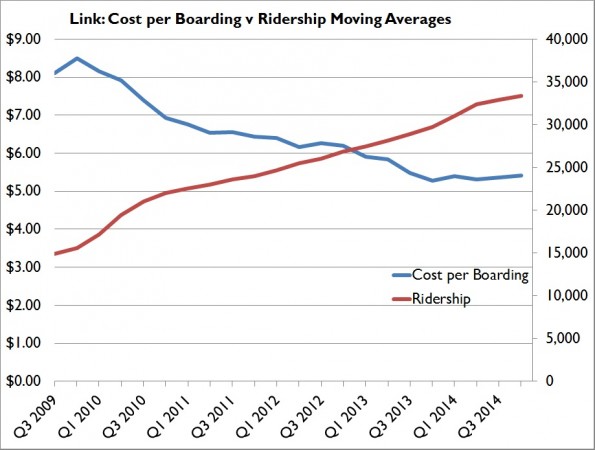 Overall good stuff, but Link’s Cost per Boarding jumped out at me. It has been on a steady downtrend (with seasonal fluctuation) as boardings have increased. However for the first time since Q1 2013, Cost per Boarding was over $6. I asked ST Spokesperson Bruce Gray about this over email and he looked into it. David Huffaker’s (who helpfully answered some questions last year) response below:

We typically see Q1 as the highest cost quarter of the year. I used the data set from Matthew and created a new chart of just first quarters, and the longer term trend is better:

There was a small uptick in 2015 due in part to some timing issues around start-up expenses and allocations (typically, the first quarter is messier accounting wise as not all allocations are correct, and there are also some start-up costs that are not quite properly accounted for), plus Q1 2014 had the big Seahawks parade.  I expect the story will return to very positive news later this year.

Makes sense to me. February 2014’s ridership was insane, meaning the cost per boarding was also likely lower than it would have been otherwise.