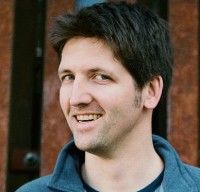 Having successfully met our fundraising goal last month, we’re thrilled to announce that Zach Shaner, who has been volunteering for us on-and-off for the last few years, will be our first staff reporter!

Zach has lived in Seattle since 2009 and has been writing for the blog off-and-on since 2010. In addition to volunteering with STB, Zach has worked at Pierce Transit, the City of Tukwila, and Commute Seattle, and he also recently co-founded a bike rental delivery service. Zach recently served on the ULink Sounding Board, and will soon serve on the first iteration of the Seattle Transit Advisory Board. Due to his busy work schedule, we’ve only been able to get a taste of Zach’s writing, and it’s left us hungry for more (the preceding food analogy is in honor of one of my all-time favorite Zach posts, How to Cook a Train).

We couldn’t be happier to find someone who can hit the ground running. Expect to see a lot more news and analysis in the coming months as Zach gets ramped up. Between the elections, Move Seattle, Sound Transit’s System Plan, ST3, Metro’s Long Range Plan, and U-link opening, there will be plenty to talk about. If you have news tips, story ideas, or well-informed gossip, please send it Zach’s way.

And rest assured that our existing volunteer staff isn’t going way. Zach is going to supplement, not replace, the opinion and analysis you already get from STB.

Thanks again to all of you who gave during the fundraising drive.  We’ll keep the link up on the right-hand side for a little while longer if anyone still has a deep desire to give.