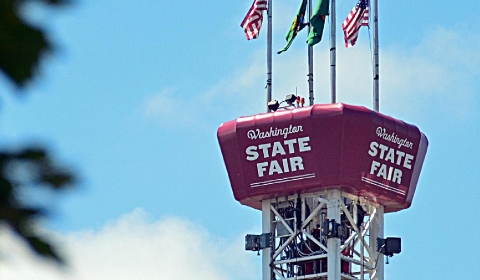 Sounder service will once again be limited to the second and third Saturdays of the Fair (September 19 and 26), and will feature two round-trips from Everett each of those days, with longer trains due to high demand. On those two days, the Fair and Sound Transit are reprising the package deal of Everett, Mukilteo, Edmonds, and Seattle round-trip / gate admission tickets for $17 / $12 for youth ages 6-18, and Tukwila, Kent, Auburn, and Sumner / admission tickets for $15.50 / $11.25 for youth 6-18.

North Sounder trains will leave Everett Station at 8:40 am and 9:40 am. Passengers will transfer to South Sounder at King Street Station, where trains will depart 9:50 am, 10:50 am, and 11:50 am. All stations from Everett to Puyallup will be served. The stations west of Puyallup (Tacoma Dome, South Tacoma, and Lakewood) will not be.

32 Replies to “Transit to State Fair, With More Sounder Capacity”