Update: Geoff at ST pointed out that the Tacoma Link streetcar fare is set to go up automatically in September 2016, unless a funder (such as the Tacoma Business Improvement Area has been doing) covers the revenue ST would gain from installing fare collection equipment and collecting fares. 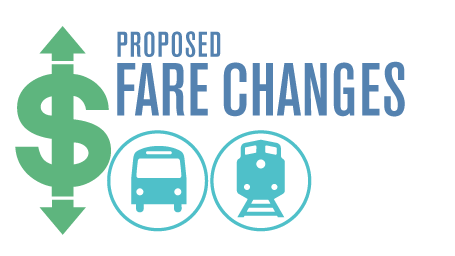 A menu of proposals will be considered by the Sound Transit Board to honor the ORCA LIFT low-income reduced fare program on ST Express and Sounder. The proposals involve fare increases on these services, partially to offset the administrative costs and lost fare revenue from the LIFT program, and partially to keep up with increased operational costs, including inflation. Any fare changes would take effect March 1, 2016.

Decisions on each service could be made independently of the other service, but won’t be made until the ST Board meeting on Thursday, November 19. The announcement lists several options for providing feedback, including an online survey, with a comment period opening Saturday, September 19 (today) and closing Thursday, November 12. There will be a hearing on the proposals at noon on Thursday, November 5, at Union Station, 401 S. Jackson St.

The Board voted last year to honor the low-income fare on Link Light Rail, which took effect March 1 of this year, the day the LIFT fare went live on King County Metro, the South Lake Union Streetcar, and the King County Water Taxis, partnered with the low-income fare program that has been in place for Kitsap Transit since 1985. Riding the Tacoma Link streetcar remains free until September 2016, at which time the fare will go to $1.50 for adults, and 75 cents for RRFP holders and youth, unless the Tacoma Business Improvement Area extends its subsidy of Tacoma Link to cover lost net fare recovery.
Riders in households earning 200% or less of the federal poverty level are eligible for the LIFT program. The application and card are free. Getting the reduced fare requires loading a pass or cash value onto the ORCA LIFT card, and tapping the card for fare payments. The card’s LIFT fare discount is good for two years from the time of receipt.

Non-low-income riders benefit from the ORCA LIFT program as a result of more of their fellow riders tapping instead of paying with cash.

Some data regarding the number of LIFT cards in use (page 0), and their usage (page 16), is now available at the 2015 2nd Quarter ORCA Joint Board Program Management Report.

Fares have only increased once in the history of Sounder, in 2007, as a result of Sound Transit Board Resolution 2007-06, wherein the Board voted to switch from a 3-zone fare system to distance-based fares. As it happens, the current proposals are nearly identical to Option 2 that was not selected in 2007, for the trip pairings and payer categories that existed at that time. The youth fare was set at 3/4 of the full fare, rounded down to the nearest quarter. The RRFP fare was set at half the full fare, which is the legal maximum for senior/disability fares, rounded down to the nearest quarter. The current proposals would alter the youth-fare formula slightly, to round off, and round up if halfway between quarters.

Here is what fares on all agencies that honor the PugetPass would look like on March 1, 2016 if these proposals pass:

The youth fare applies to riders ages 6-18. Children age 5 and under ride free when accompanied by a fare-paying adult, up to four children per adult.

Getting the ORCA LIFT card requires a visit to one of the many sites that process applications. Getting a disabilities Regional Reduced Fare Permit (RRFP) ORCA card requires a visit to one of the transit agency offices, in particular the King Street Center at 201 S. Jackson St, between 8:30 am and 4:30 pm on a regular business day, for King County. Getting a senior Regional Reduced Fare Permit ORCA card or a youth ORCA card can be done through snail mail. The regular adult ORCA card is available at all Sound Transit train stations, and lots of other locations.