An election that will determine the future of Seattle governance and transportation priorities for a long time to come is just one week from its conclusion. Ballots must be post-marked by Tuesday, November 3, and must include first-class postage worth at least 49 cents. 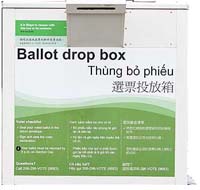