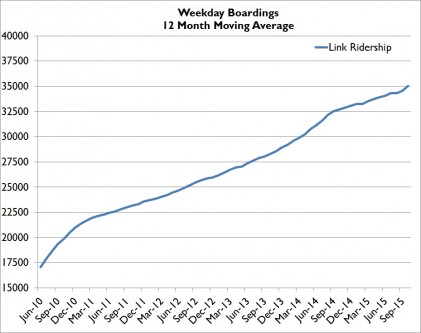 October saw the largest gain in Link ridership in a year. In fact it was the bookend to what at first blush looks like a ‘bad’ year for Link. For the first time since the line opened in 2009 Link was held to single digit ridership growth for a 12 month period. From October 2014 to September 2015 Link averaged only 6.4% year over year growth.

However that number is a bit deceiving. It is important to note that the year of Oct. 13 to Sep. 14 was Link’s best 12 months on record. Ridership grew 15.9% in that time period. A significant part of the higher than normal (normal for Link being 10-11%) bump was special event ridership. The year from Oct. 13 to Sep. 14 had three Seahawks weekday home games, a Super Bowl Parade and the first Mariners season since 07 worth talking about. Special event ridership is nothing to scoff at. Seattle’s worst traffic days are generally tied into afternoon events (and god forbid a fish truck turn over during one of them). Not only does Link take tens of thousands of cars off the road during the regular commute, but it takes the most cars off the roads on the worst traffic days.

Long story short, Link only had a no good very bad 12 months because the year before it had extremely higher than normal growth. Were the numbers to be revised down to average only 10.3% (the average for the prior year, Oct. 12 to Sep. 13), the 12 months ending Sep. 15 would have seen 10.1% growth. So calm down, ridership is still strongly heading in the right direction. And enough editorializing, here are the numbers.

My charts below the break. 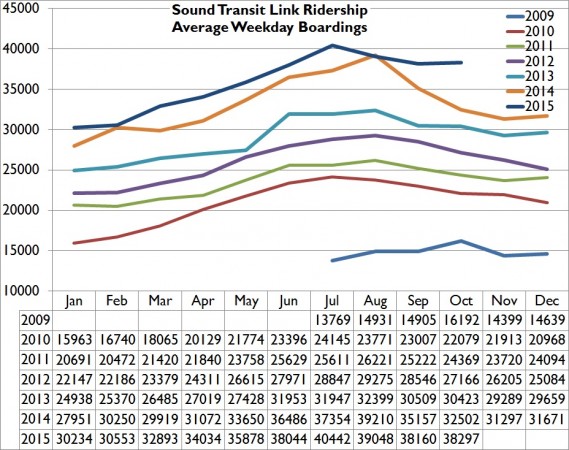 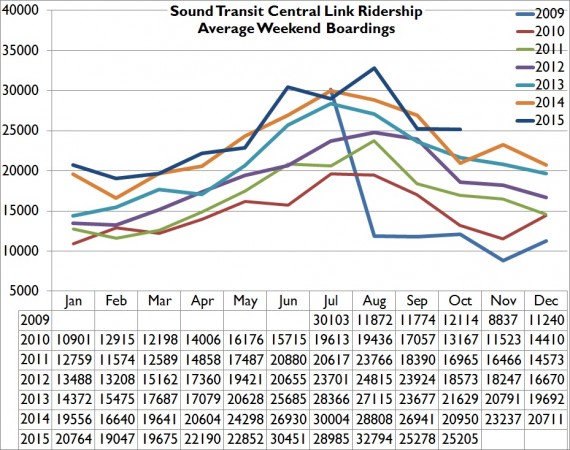 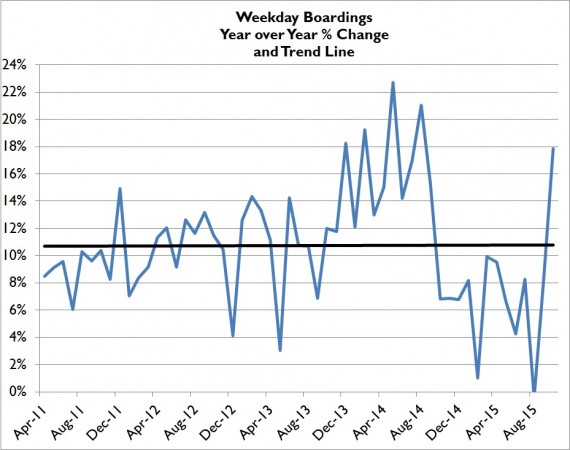 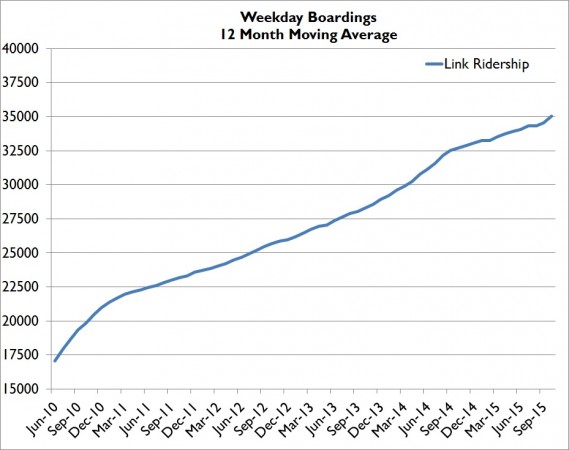 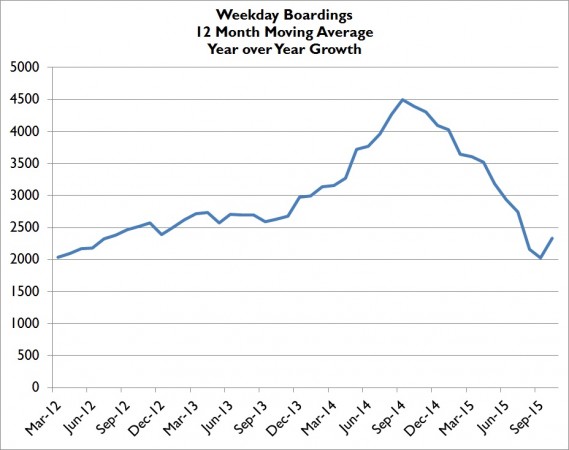