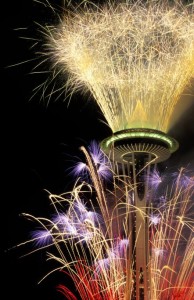 Sound Transit has announced the closing times for Link Light Rail and Tacoma Link for getting home from New Year’s Eve festivities.

.
Additionally, the Seattle Center Monorail will run until 1 a.m., with a fire-department-required break from 11:15 p.m. to 12:20 a.m. If you want to ride the monorail, remember to bring cash, as it still hasn’t joined the ORCA pod.

A year-long ridership study is expected to begin early next year, funded jointly by SDOT and the Seattle Center. Since the point of the ridership study is to protect the profits for the Seattle Center and Seattle Monorail Services (not accounting for the City’s role in paying for all the maintenance), hopefully the study will consider how many more people would spend more money at the Seattle Center if riding the monorail involved a free transfer from the public transit system, and what impact a nearby Ballard Link Station would have on existing monorail ridership, especially when taking Ballard Link would be a free transfer for many.

Holiday schedule changes for transit throughout the region were covered earlier this month.