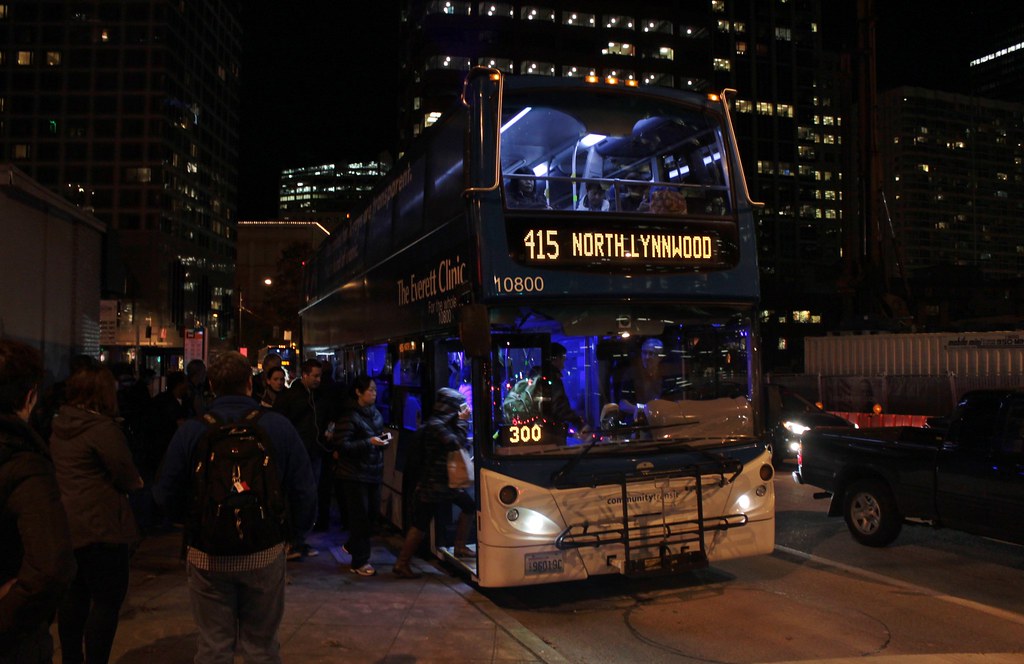 2015 has come and flown past at the speed of a Sounder train and brought with it many great things for transit riders, especially for those of us north of the King-Snohomish county line. Community Transit has hit several milestones this year, including the successful restoration of Sunday service and victory in the November general election. Let’s take a look back at some highlights from 2015, which I had excitedly looked forward to last December.

At the very north end of the northernmost all-day frequent bus route pair in the Seattle metro area lies a loosely-connected string of big-box stores, strip malls and suburban housing developments known as “Smokey Point”. A new transit center opened there on February 16, replacing an earlier and much smaller facility, and notably excludes public parking unlike many other similar facilities in the county. Buses from across the northern parts of the county, including the cities of Arlington, Darrington and Stanwood, feed into local routes 201 and 202 (running at 20-minute frequencies) at the new transit center, enabling a smoother and covered transfer to points southwards, such as Everett and Lynnwood. Community Transit sees the facility as the northern terminus of the Swift system in the not-too-distant future, which could encourage some kind of transit-oriented development in the hinterlands of northern Snohomish County.

Long-time Community Transit CEO Joyce Eleanore announced her retirement in July of last year, leaving a vacancy in the job she held for the past 20 years. The search for a new CEO ended in March with the hiring of then-interim CEO Emmett Heath, who had previously served as the agency’s Administration Director for 10 years.

In April, Community Transit unveiled their long-awaited real-time bus arrival information system, BusFinder, after years of only schedule data being accessible through services like OneBusAway. The following month, Google Maps integrated Community Transit schedules and bus stops with some help from Sound Transit, though it lacked real-time information that King County Metro had. Both are major improvements for passengers using Community Transit, allowing for easier on-the-go trip planning and on-the-fly headway counting.

In 2010, Community Transit cut all Sunday and holiday service to make up for lost sales tax revenues, prioritizing weekday frequencies and its commuter service. As economic prospects improved in Snohomish County, a surplus in sales tax revenue made the restoration of Sunday and holiday service possible in June 2015, though limited to hourly frequencies on most major local routes outside of Swift.

October: Double the Double Talls (and double the agencies)

The highly visible and very popular Double Talls used on Community Transit’s commuter routes to and from Downtown Seattle were joined by a new generation of Alexander Dennis Enviro500s in October, bringing the total number of double-deckers to 45, the second-largest such fleet in the country (behind Las Vegas). The newer model is a half-foot shorter and features a curvier front, a triple bike rack, and an interior screen in the stairwell to check for empty seats in the upper deck.

Sound Transit also debuted its first double-decker buses, to be used on routes 510, 511, and 512 from Snohomish County to Seattle, in November.

Proposition 1, a 0.3% sales tax increase to support an increase in Community Transit service, passed by a narrow margin of just over 2,200 votes (out of 100,000 cast) during the November 3 general election, allowing Community Transit to expand bus service using a tax increase for the first time in 25 years. While the fruits of the agency’s and volunteer’s labor will not be seen until September, when the bulk of new service is planned to go into service, a modest increase in March using existing funds in reserve has been announced. 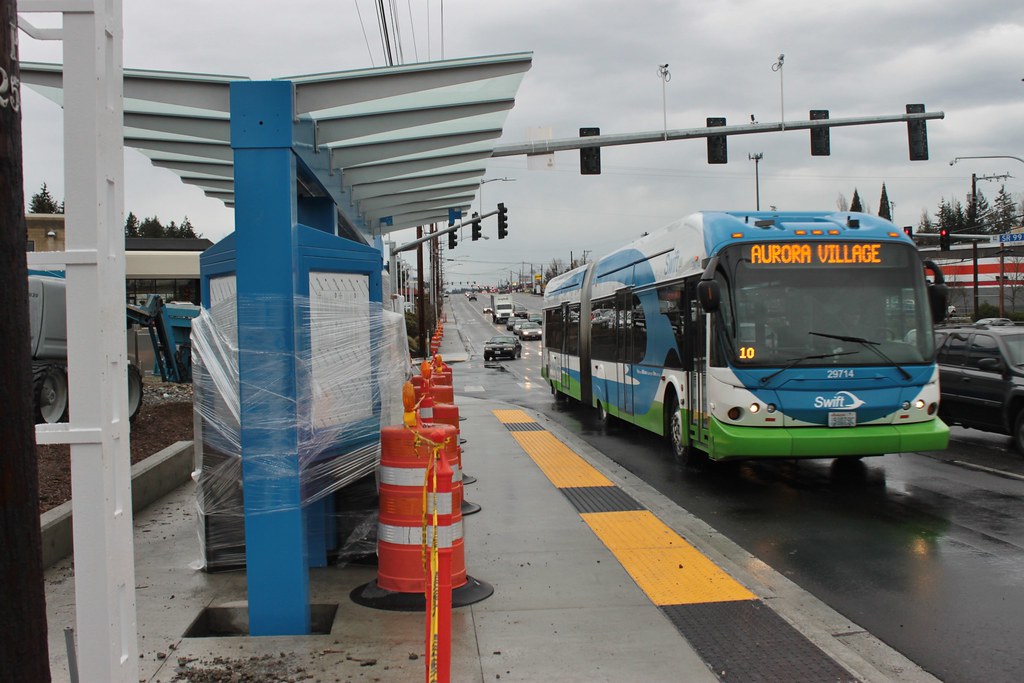 While Community Transit won’t be re-configuring its bus routes for Link Light Rail anytime soon, even with it inching further north to the UW campus and Northgate, the September 2016 service change is expected to feature significant frequency improvements and possibly new routes added to the system, to be decided in springtime.

Other upcoming events in 2016 include the opening of the final Swift I station, located near Edmonds Community College in Lynnwood, several new 40-foot buses entering the fleet, and the 40th anniversary of Community Transit service in October.