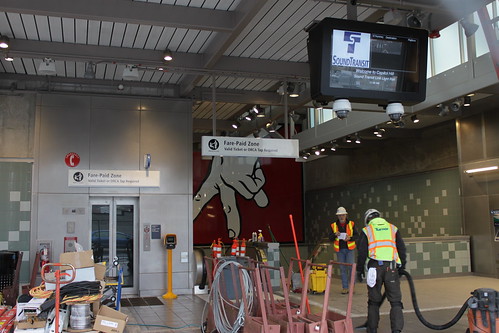 Frank and Martin discuss the opening of the First Hill Streetcar, a rail tunnel for Ballard, the upcoming U-Link meetup, and whether the proposed Renton Transit Center is a good idea.

This is the first in a series of summaries of Sound Transit 3 jurisdictional feedback letters. Future installments will be South King, East King, North King (minus Seattle which we’ve already covered), Snohomish, and Stakeholder Organizations.

Lakewood’s letter is much as you’d expect, with a strong focus on intra-Pierce County projects. Given the strong asymmetry of its commute patterns relative to the broader region – Lakewood being a South Sound bedroom community whose residents primarily commute even further south toward Joint Base Lewis-McChord – Lakewood focuses on connecting its residents to JBLM and then only secondarily to the regional system.

To this end, the letter asks for a completed spine to Tacoma, planning for a light rail extension beyond Tacoma Mall to Lakewood, Sounder to Dupont via a new transit center in Tillicum, longer Sounder cars, more Sounder frequency, more bi-directional Sounder trains, BRT from the Link terminus to JBLM, and the transfer of all maintenance and security costs at Lakewood Station from the city to Sound Transit.

Commentary: Given the location of the Sounder maintenance yard just north of Lakewood Station and lacking a plan for DuPont storage tracks, Sounder service to DuPont would likely involve deadheading trains, providing an opportunity for reverse commute service from Lakewood to DuPont for little marginal cost beyond the extension itself. Of course, without strong last-mile connectivity to sprawling JBLM (a military base that at 87,000 acres is 61% larger than the City of Seattle), any fixed-route transit plans will inevitably underperform. Lakewood’s requests for either I-5 or Pacific Highway BRT are most welcome, and would require little beyond frequency boosts and HOV/Transit lanes from the Pierce County line to Thorne Lane (and eventually to Olympia).

Tacoma’s letter uses strong growth projections to argue for completing the spine, including 127,000 new residents by 2041, or roughly 40% population growth. (For reference, in the previous 25 years Tacoma grew by 16%).

Over the past two decades, Tacoma has seen a significant renaissance, with substantial reinvestment in the downtown and increased growth and vitality in the city’s eclectic neighborhoods. Recognizing Tacoma’s role in the region, the Puget Sound Regional Council designated Tacoma as a Metropolitan City, serving as Pierce County’s civic, cultural and economic hub and a focal point for future population and employment growth. Through our Comprehensive Plan update and subarea planning, Tacoma is ready to accommodate 127,000 new residents and 97,000 new jobs over the next 25 years. This is a role that we Tacomans have embraced.

From these growth projections, Tacoma (via Mayor and ST Board Vice Chair Marilyn Strickland) asks “first and foremost” for completion of the spine from Federal Way to Tacoma Dome, and to do so via Interstate 5. Tacoma also support “expanding the frequency and quality of Sounder service” and a Tacoma Link extension to Tacoma Community College (TCC). The letter is skeptical of Sound Transit’s TOD analysis for Tacoma Link, saying “there is significant potential beyond what is outlined in the Sound Transit scoring”, and Tacoma asks for a reevaluation of both Tacoma’s growth potential and the high cost estimates for its projects.

Commentary: Though the City of Destiny seems, well, destined for the completed spine given the regional consensus and Boardmember Strickland and McCarthy’s positions of prominence, the most interesting portion of the letter to me is Tacoma’s bullishness on its own population growth. Since 1990, Tacoma grew by 16% (from 174k to 202k), whereas Seattle grew by 28% (from 516k to 662k). While there have been rumblings of a residential exodus to Tacoma in reaction to Seattle’s high prices, there has been little evidence to date of large scale defections and Tacoma’s economy is still widely held to be weak relative to its peers. Yet of all the suburban cities, Tacoma does stand on its own as having the bones of a real city despite decades of sprawl-driven neglect. So what should Tacoma get in terms of transit?

In different times, we might be able to argue for Tacoma light rail as intra-Tacoma projects for its own benefit as a city, rather than as the weak tail of a regional spine. But that’s not where we are. Tacoma’s leadership is adamant that a ~70 minute trip to Seattle will be worth it, alongside the benefits of all-day Sounder and competitive connections to SeaTac to lure convention traffic. Since, like East King, Tacoma and Pierce have money to spend relative to their needs, I have a hard time begrudging their desire for a reliable (if slow) all-day connection to the relatively more prosperous region. But as I’ve argued before, the success of these investments lies in the intermediate trips they enable, and to that end an I-5 alignment from Des Moines to Tacoma is disappointing at best.

Fife, Puyallup, Sumner, and the Puyallup Tribe after the jump…

END_OF_DOCUMENT_TOKEN_TO_BE_REPLACED

Rep. Dick Muri (R – Steilacoom), has introducted a bill to triple the sales tax lid for transportation benefit districts, from 0.2% to 0.6%. HB 2816 will be getting a hearing in the House Transportation Committee Thursday at 3:30 pm. The bill faces a quick deadline of Tuesday, February 9 to pass out of committee.

In addition to a sales tax, TBDs may already impose

King County attempted to enact a 0.1% sales tax and $60 car tab earlier in 2014 through this mechanism, but voters turned it down.

While these districts have been used for transit funding locally, there is a long list of city TBDs using them to fund a wide array of transportation projects.

The 0.3% sales tax voters in the Community Transit district passed last year was not from this mechanism, but from a special authorization contained in the ST3 authorization bill.

Last week’s story about a new bill to switch Sound Transit to a directly elected board got a surprisingly positive reception from some commenters. It entirely escapes me why pro-transit people might have this reaction, even if they’re prone to dismiss the Sound Transit Board’s decisions as “political.” That choice of words is irritating enough — implying that their preferred decisions are an objective ideal above politics — but the idea that more elections somehow makes the process less political is befuddling.

I’ve made the general case against directly elected boards before. The explicit justification for this bill is to make Sound Transit more “accountable.” However, the Sound Transit 3 plan will be very “accountable.” If people think it’s full of good projects, they should vote for it. If it’s full of rotten projects, they should vote against it. If it’s a mix of good and rotten projects, then this is a fine introduction to the process of legislating.

A common STB comment thread critique is that completing the spine to Everett and Tacoma is a poor investment. Depending on what you value, that may even be the case. But the project reflects a coherent objective: to deliver fully traffic-separated transit to as wide an area as possible, without sacrificing existing auto right of way. That may be too responsive to hyperlocal concerns, but board members solely responsible for representing their district in a Sound Transit context will amplify this dynamic, not neutralize it.

There is one perceived problem that a direct election would address. For people that object to the entire light rail project, the current architecture makes it hard to overcome County Executives that won’t nominate dedicated rail opponents. There are certainly pockets of the district that might elect anti-rail candidates that would do what they could to sabotage the process. Indeed, at the edges of the district the alternative to the spine is not focused investment in the core, but rejection of the entire project. It certainly wouldn’t result in a better light rail system. That’s why the usual Republican suspects are backing this bill, as they have past “governance reform” bills.

At Tuesday’s Transportation, Economy, and Environment (TrEE) Committee, Councilmember Rod Dembowski will introduce three motions that respond to directives from the major ULink restructure that passed last autumn. In order, they are:

Details on all three motions after the jump…. END_OF_DOCUMENT_TOKEN_TO_BE_REPLACED