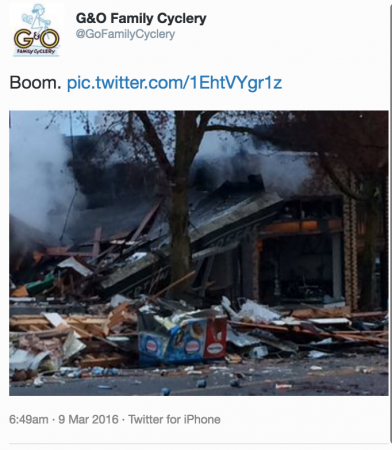 A blast shook Greenwood early this morning, destroying 3 local businesses (Quick Stop, Mr. Gyros, and Neptune Coffee) while causing heavy damage to nearby businesses such as G&O Family Cyclery. KOMO News reports the cause as a natural gas leak that had been reported roughly 40 minutes prior to the explosion. 9 firefighters have been treated for burns and abrasions, and thankfully no one appears to have been more seriously injured.

Metro has announced that routes 5, 48, and 355 will be detoured away from 85th/Greenwood “until further notice.”