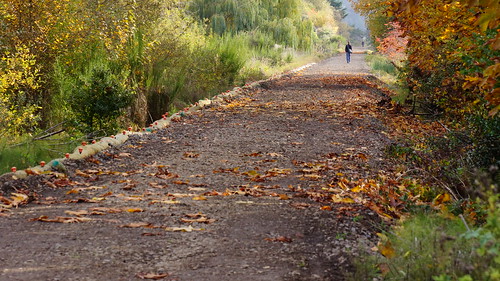 [UPDATE: In a development inconvenient for my thesis, Save Our Trails utterly rejected the compromise proposal today, for reasons good and bad.]

If the numerous corridor studies have shown anything, it’s that a small transit capital investment in transit for Kirkland wouldn’t be a disaster for the region. Projected ridership just isn’t that high. Despite interest group pressure, Sound Transit hasn’t shown any interest in a studying the investments in dedicated right-of-way that might make Kirkland service a game-changer.

The proposed Kirkland “compromise” would have only modest transit investment in Kirkland: I-405 BRT with an added stop near downtown; and a useful, but not game-changing, BRT connection to Redmond. Omitting the Cross Kirkland Corridor (CKC) wouldn’t destroy the vision of a region connected by high-quality transit. Or rather, it won’t if doesn’t cost votes in Kirkland that bring the package below 50%. There are enough cities desperate for improvements that Sound Transit ought to find a place to spend the CKC money to yield more votes elsewhere. Indeed, even a popular Kirkland package that also spurs organized opposition from trail neighbors may yield fewer votes than the alternatives.

This is particularly the case if voters in Redmond, Bellevue, and Issaquah, who presumably would get a big investment in ST3, don’t develop an “Eastside” identity that gets prickly when “their” dollars leave East King County to help out in the 522 corridor, South Sounder, Ballard/UW, Burien, or somewhere else productive.

In truth, I’m relaxed about whatever outcome occurs in Kirkland for the reasons above. The bus advocates have some good points and the rail advocates have some good points, and the real difference between them is whether or not Sound Transit can create a good rail alignment instead of the current one. “Save Our Trail”‘s position is understandable, though (in my view) disastrous for Kirkland as a whole. I believe the Kirkland City Council sincerely thinks BRT on this corridor is best for Kirkland, and I sympathize with the idea that it’s technically superior to the current rail concept. But let’s call this newest Kirkland “compromise” what it is: not a compromise, but a plan that essentially gives “Save Our Trail” exactly what it wants: no transit on the CKC. If that weren’t enough, ST would spend $200m on trail improvements rather than high-quality transit. Whatever the merits of this as an access project, it’s also yet another carrot for trail neighbors.

The Kirkland City Council hopes planning money will commit the region to build transit there. Regardless, no funding for construction effectively kicks CKC transit into the long grass. Whether there will even be a regional ST4 package someday is a subject for another post, but the exact political forces that have changed the CKC debate from bus-rail to transit-or-not will be present the next time around. There’s no way to commit a grassroots movement to support transit at a specific point in the future, or future leaders to execute a plan that today’s leaders do not. Residents along the trail will have the exact same incentives they do today, future residents will not feel bound by deals made in 2016, and the trail will have been vehicle-free for decades instead of months. Limiting investment in Kirkland may or may not be the right thing to do, but deferring transit on the CKC is likely killing it forever.

86 Replies to “Proposed Kirkland “Compromise” a Bad Deal for Transit”