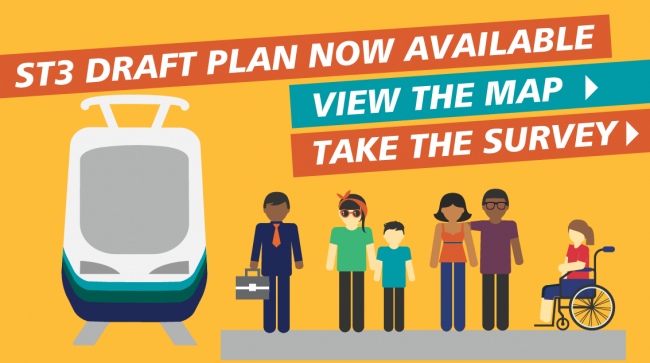 Now that Sound Transit has released its Draft System Plan – a 25 year, $50B behemoth that would build Link from Everett to West Seattle, Ballard to Tacoma, and Bellevue to Issaquah – it’s time for you to come out and provide feedback on project selection, project phasing, financing, and more. In addition to Sound Transit’s online survey, there are 7 public meetings scheduled for the last couple weeks of April, spread throughout ST’s 4-county service area. All meetings are 5:30-7:30pm, with the exception of the April 28 meeting at Union Station.