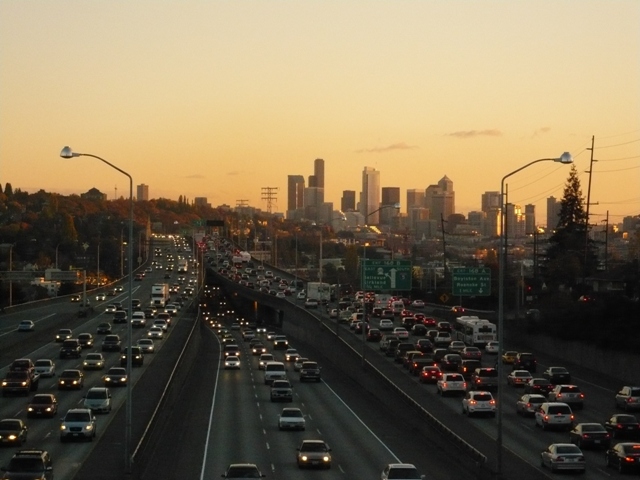 With the Puget Sound region continuing to add housing and jobs at a rapid clip, and large rapid transit solutions still years (or decades) away, there is increasing pressure to do “something” to facilitate more commuting options and lessen the environmental impact of solo driving.

Unfortunately, things that could really make a difference in the short term – like converting parking lanes to bus lanes or tolling the freeways – tend to meet with public resistance as drivers perceive a zero-sum tradeoff that “forces” them to sit in more traffic.

So what’s an elected official or business leader to do? Sure, you can and should support big-ticket votes like ST3, but day-to-day you have to do something to show progress to your constituents or employees in the short term.

Somewhat lost amid the Ulink/ST3 talk over the past few weeks was a pair of initiatives, one from Mayor Murray and another from a set of local business leaders, to do something in the short term about the region’s #1 problem.

Whether Challenge Seattle can provide the needed political muscle remains to be seen, but its mere existence is encouraging.  Drive Clean, on the other hand, should be instantly effective in making EVs more widespread, but can’t do much to aid commutes (though more electric trolley wire is always welcome!).   Ultimately, though, the best fixes for congestion remain as boring as they are intractable: legalize more housing near job centers, and prioritize high-capacity transit in our limited right-of-way.

As a side note, I was idly browsing for electric vehicles recently, and I learned that certain EVs are not even available for sale in Washington State.  Since automakers often lose money on EV sales, they tend to not sell them in states where they’re not required to.  So, for example, the Mercedes B250e and Fiat 500e (which Fiat’s CEO doesn’t want you to buy) are not for sale here, but you can buy them in California.  While I’m generally skeptical of the impact such micro-interventions in the market can have, it seems like a useful additional tool in the toolkit.