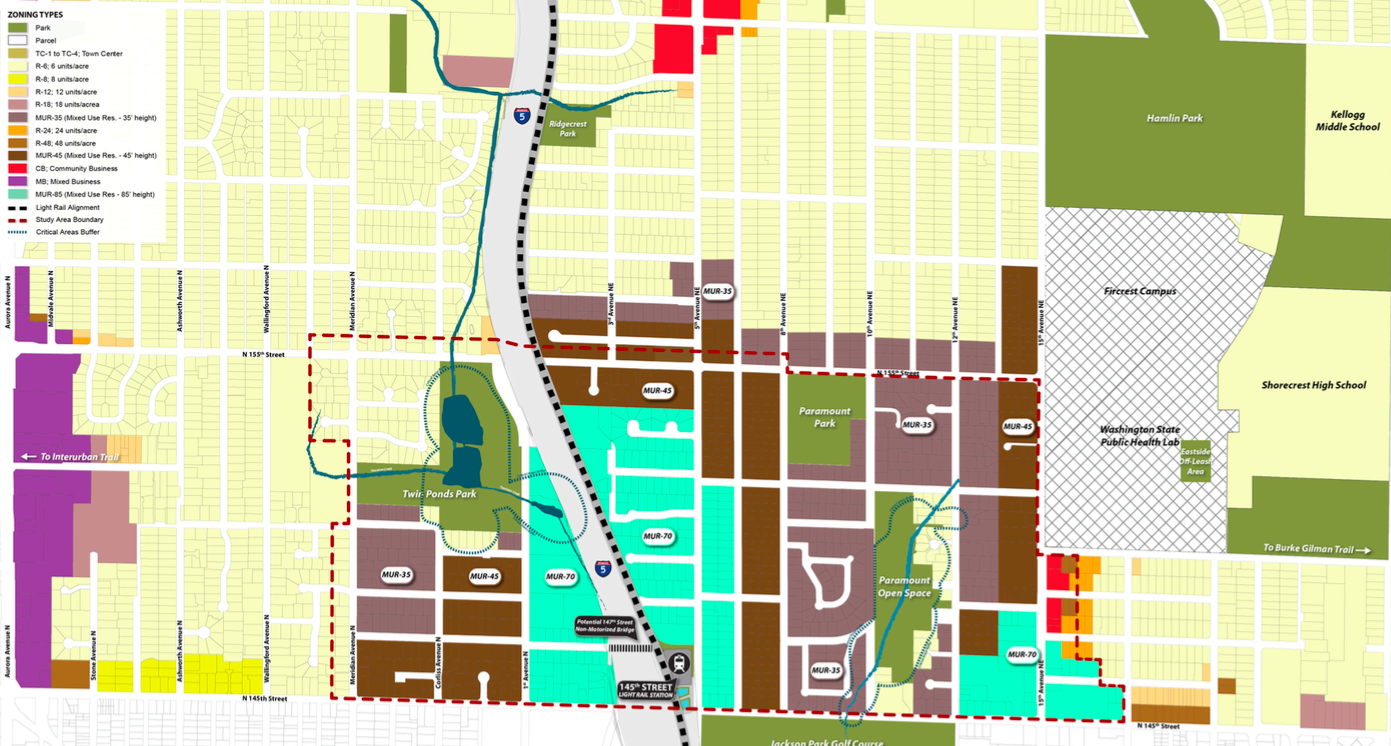 Thursday evening at 7pm, the Shoreline Planning Commission will hold a public hearing on two ordinances (750, 751) that will formally adopt the the 145th Street Station Subarea Plan (145mb PDF). If you live in Lake City, Bitter Lake, Shoreline, or other nearby areas, the meeting could use urbanist support for the currently preferred Alternative 4.

Set to open in 2023, the 145th Street station is located in an awful place for transit access, far inferior to nearby station options such as 130th (delayed) or 155th (foregone). The station area is currently surrounded by a freeway on its west, a golf course to the south, single-family homes in all directions, and a soon-to-be-built 500-stall parking garage. Shoreline only has jurisdiction of the northern half of the station walkshed, but they have done an impressive and comprehensive look at the station’s TOD potential.

The current Alternative 4 is called “Compact Community Hybrid”, and will likely be selected over Alternative 1 (no build), Alternative 2 (“Connecting Corridors”, a broader but shallower upzone), and Alternative 3 (“Compact Community”, a narrower but taller upzone). The hybrid option rezones immediately adjacent parcels to 70′, and slowly steps down to 45′, 35′, and then back to single-family. Though the concepts surely could have been more aggressive, the preferred Alternative 4 is the best politically possible outcome, and it deserves urbanist support.

There will be an amendment presented at the meeting to retain single-family zoning as a buffer around natural areas such Twin Ponds Park and Paramount Open space. While the area affected would be small, it would reduce the number of units available to be built in both the 70′ and 35′ zones. If you want a walkable station area and believe that multi-family housing and natural areas can coexist, we encourage you to speak up at the hearing in support of Alternative 4 and in opposition to the amendment.