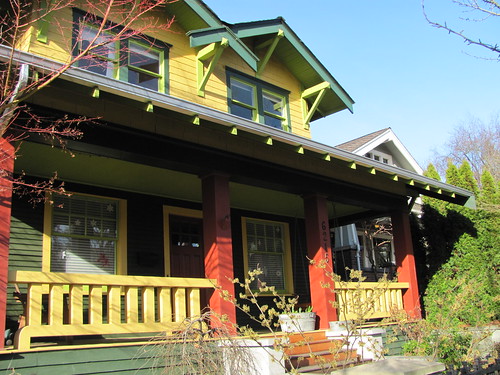 Whether or not the current run-up in housing prices constitutes a “new bubble” is an open question, but it can’t be denied that the U.S. housing market is awash in investor capital, seeking outsize returns in a world where there aren’t many to be had.   Case in point: Goldman Sachs bringing back the bubble-inflating CDO.

The Giant Pool of Money is back, and it’s hunting for houses.

Re-inflating the housing bubble is problematic for plenty of urbanist reasons (and for other reasons as well, but let’s stick to the urbanist ones). It makes affordable housing construction more expensive, exacerbates NIMBYism, and, most importantly, reduces diversity through displacement.

From a political perspective, however, re-inflating the bubble is a winner.  Homeowners vote in disproportionate numbers, and bubble re-inflation is an easy way to put people back in the black.  Consider that the number of voters who are underwater on their houses has been cut in half since 2010:

Unwilling to make critical investments in public infrastructure or education, or force the banks to take a haircut after the 2008 crisis, our austerity-obsessed government has inadvertently deployed the giant pool of money in service of private infrastructure – granite countertops and roof decks. At least we’ll get the units.

Cities, meanwhile, lacking adequate representation in Congress, have been left for us to sort out the problems of expensive housing for ourselves. (Not just housing, but a host of issues, from housing to transit to guns.  It’s a national version of Ford-to-City.)

Charles Mudede and Cary Moon have a series of articles – 1, 2, 3, 4 – in The Stranger channeling this line of thought in the context of Seattle’s housing crisis and, importantly, offering some solutions.   If you can set aside the repeated swipes at neoliberalism (a frustratingly vague term), the articles are useful for widening the scope of our housing debate away from a provincial battle with NIMBYs to the challenge of a world awash in cheap capital.

It’s hard to endorse all of Mudede and Moon’s solutions, since many of them are vague toss-offs, often in the form of a question.  Requiring all homes to be owner occupied, for example, is probably a bad idea (although Vancouver’s tax on foreign buyers seems to be having an effect).   But at the core is a sound set of policies: expand public housing, allow more development, get creative about new forms of collective ownership (including land trusts, which I’ve written about previously).  A good chunk of these ideas could be described as HALA on steroids.  Notably, the phrase “rent control” appears zero times.

Two points that I would add to the debate, which may or may not make me a neoliberal squish: first, today’s market-rate housing is tomorrow’s affordable housing.  Once the original owners have paid off the construction costs, a house or apartment becomes much more affordable and can remain so for 100 years or more.  Much of the “naturally occurring affordable housing” Moon and Mudede laud was originally built for wealthy people.

Secondly, we do need to upzone, an idea that goes mostly unmentioned in the article. Backyard cottages aren’t gonna cut it.  Especially in the urban villages but really across the city. And not only within Seattle but across the region as well.  Housing reform can’t stop at the edge of Lake Washington.  Fortunately at least some upzoning is on its way.

71 Replies to “The Giant Pool of Money Finds Seattle”