Welcome to all the new and returning students at UW!

As students, you are the lucky recipients of the best transit deal in town — the U-Pass, embedded in your Husky Card — which covers unlimited rides on:

The U-Pass does not cover rides on Washington State Ferries or the Seattle Center Monorail.

The U-Pass serves as a transit smart card, which you tap on an ORCA (“One Regional Card for All”) reader to be recorded as having paid the fare. Even though you are already pre-paid for unlimited rides on the above services, you still have to tap, as the various agencies use these taps to divvy up their share of the revenue from monthly passes.

This year, you have at your disposal a much better transit system than past classes have had. You have a brand new Link Light Rail station down by Husky Stadium. The train gets you downtown in just over 6 minutes. It also gets you to Capitol Hill in 3 minutes and to the airport in 44 minutes, with no congestion to slow it down. Well, maybe 1-3 minutes during rush hour, but that’s it.

It gets even better in 2021, when Link Light Rail reaches the U-District Station, Roosevelt Station at NE 65th St, and Northgate Station. In 2023, it reaches Lynnwood to the north, Highline College to the south, and Bellevue and the Redmond Microsoft campus to the east. 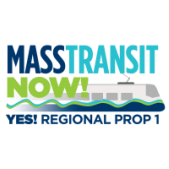 With your support, the Link Light Rail system could reach Everett in the north, Tacoma in the south, downtown Redmond in the east, connect to Ballard and West Seattle from downtown, and reach Kirkland and Issaquah on a single transfer. On November 8, you will get to vote on this major transportation package, known as Sound Transit 3, or Regional Proposition 1 as it is called on the ballot. But first, you have to register to vote, by October 10, if you aren’t already registered to vote here. Do it online right now!

The package is called Sound Transit 3 because it is the sequel to the package that created the Puget Sound Regional Transit Authority in 1996 and ST2, passed in 2008, that is extending the light rail system to Lynnwood, Microsoft’s Redmond campus, and Des Moines.
.

The University of Washington is the second-largest transit hub in the state, behind downtown Seattle. It is served by a plethora of transit lines including:

Link Light Rail to Capitol Hill, downtown, the stadia where the Seahawks, Mariners, and Sounders play, Beacon Hill, Rainier Valley, the airport, and other parts of SeaTac (new this year)

ST Express buses
540 to Kirkland
541 to northeast Bellevue and west Redmond (new this year)
542 to Redmond
556 to Bellevue, Issaquah, and Northgate Mall
586 to Tacoma

King County Metro buses
31 to Fremont, north Queen Anne, and Magnolia
32 to Fremont, north Queen Anne, and the Seattle Center
43 to Capitol Hill and downtown
44 to Wallingford and Ballard
45 to north Green Lake, Greenwood, and north Ballard
48 to the Central District and Rainier Valley
49 to Capitol Hill
65 to Children’s Hospital, Wedgwood, and Lake City
67 to Northgate Mall
70 to Eastlake, South Lake Union, and downtown
71 to Ravenna, View Ridge, and Wedgwood (new to campus this year)
73 to Maple Leaf and Jackson Park (new to campus this year)
75 to Children’s Hospital, Sand Point, Lake City, and Northgate
78 to Laurelhurst and Children’s Hospital (new this year)
83 Night Owl to Capitol Hill, Ravenna, Maple Leaf, Eastlake, and downtown
167 to Renton
197 to Federal Way
271 to Bellevue and Issaquah
277 to Juanita
372 to Ravenna, Lake City, Lake Forest Park, Kenmore, and Bothell
373 to Ravenna, Jackson Park, and Shoreline