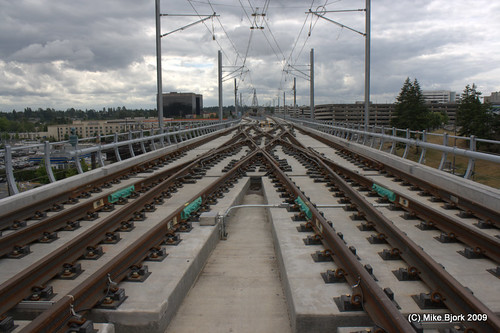 The worst case scenario has occurred. Regional voters have turned away from the generational opportunity to expand traffic-separated transit, listening instead to a series of micro-objections about marketing budgets and email address management. Or perhaps they blanched at a $54 billion price tag that didn’t really mean anything. And at least a few voters thought that if they voted this down, they’d get something better, something more focused on their interests in particular. What now?

When confronted with this hypothetical, ST CEO Peter Rogoff said that “there is no plan B.” ST would, of course, “complete our commitments already made to voters” in ST2. “The Board would reflect on why it failed,” but cautioned that “it would be exceedingly hard to serve as wide a series of interests… while being different” from what voters just rejected. Mr. Rogoff hadn’t heard other Board Members talking about what would come next, and once again he thought it inappropriate to speculate.

But we can speculate!

Ultimately, the shape of an ST3 retry depends on the narrative on why it had failed. If most people say it was too big, the next package will be smaller. It might be smaller in scope, with light rail but less of it; or smaller in quality, with lots of BRT on the cheap (and/or surface light rail) in order to serve the same range of communities as the 2016 measure.

Or perhaps precinct maps will reveal the right places to economize. If Issaquah or Tacoma or Ballard don’t turn out to vote for ST3 in spite of substantial investment in those areas, the Board may conclude that projects in those places don’t enhance the possibility of passage, and building elsewhere would be more profitable.

Regardless, it seems that ST has learned the lesson that presidential election years offer the best chance of success. A 2020 election would result in “only” four years of project delay and cost inflation. But unless the narrative is that something fluky happened in 2016, waiting till 2024 would give the opportunity of delivering all the ST2 projects before going to the vote.

There are also wilder possibilities. Just as a future ST4 would likely include some changes to the district framework, a second swing at ST3 might do the same. If the measure earned a supermajority in Seattle but lost everywhere else, that might inspire a replay of the last Metro measure: a Seattle-only measure using old Monorail funding authority to get something going, or finding enough support in Olympia to allow Seattle to levy proportionally higher taxes for Sound Transit projects. Let’s just hope we can avoid a directly elected board.

If Sound Transit 3 loses, the same interests and demands will be there, with less money and higher costs with which to deliver to them. The position of having to craft a second try is an unenviable one, and I hope that we don’t have a chance to test my predictions here.