Seattle recently entered negotiations with a vendor to replace Pronto, the bike share network that became insolvent last year and required a $1.4M taxpayer bailout.   Tom at Seattle Bike Blog did a fantastic run-down that I highly recommend.

The high scorer of the six bids is an all-electric proposal from a young Quebec company, Bewegen.  Motivate, the company that powers the bikeshares in New York, Chicago, and San Francisco (and Seattle’s Pronto), came in a close second.  Motivate proposed standard bikes, with an e-bike option to be rolled out over time.

As we contemplate a new bike share service for Seattle, let’s consider why Pronto failed in the first place.   Possible culprits include:

From the city’s point of view, thinking about tourists or super-casual riders, it’s easy to see why they might over-index on electric.  More regular riders, on the other hand, may know how to plot their route to minimize hills and use the system only where and when it makes sense as a compliment to transit or walking.

Station density, though, is a big difference between the two high-scoring bids.  As Tom writes:

The distance someone will walk to use a bike appears to be much smaller [than for transit] – about 1,000 feet or 5 minutes walking  The bike share systems that have the highest ridership – Paris, New York, Mexico City – have stations evenly spaced an easy walking distance apart.  Since the distance that people are willing to walk to find a bike remains the same regardless of neighborhood type, the size of the stations should be adjusted, not the spacing, to address neighborhood-specific needs.  To increase ridership and system utility, bike share stations should be placed no more than 1,000 feet apart across the entire program area.

Bewegen, meanwhile, roughly mimics the current Pronto station density, proposing stations every 1/4 to 1/2 mile.  This is surely driven by costs, as electric stations are more expensive to install, electric bikes more expensive to buy and maintain, and station sites are limited by the need to plug into the grid.  As the electric system expands, the bias will be towards fewer, larger stations, also running against the NACTO recommendations.

It’s troubling that Bewegen doesn’t really grapple with these issues in their proposal.

Compare the two proposals’ coverage maps for South Lake Union (locations are presumably representative at this stage). Motivate has 50% more stations than Bewegen. 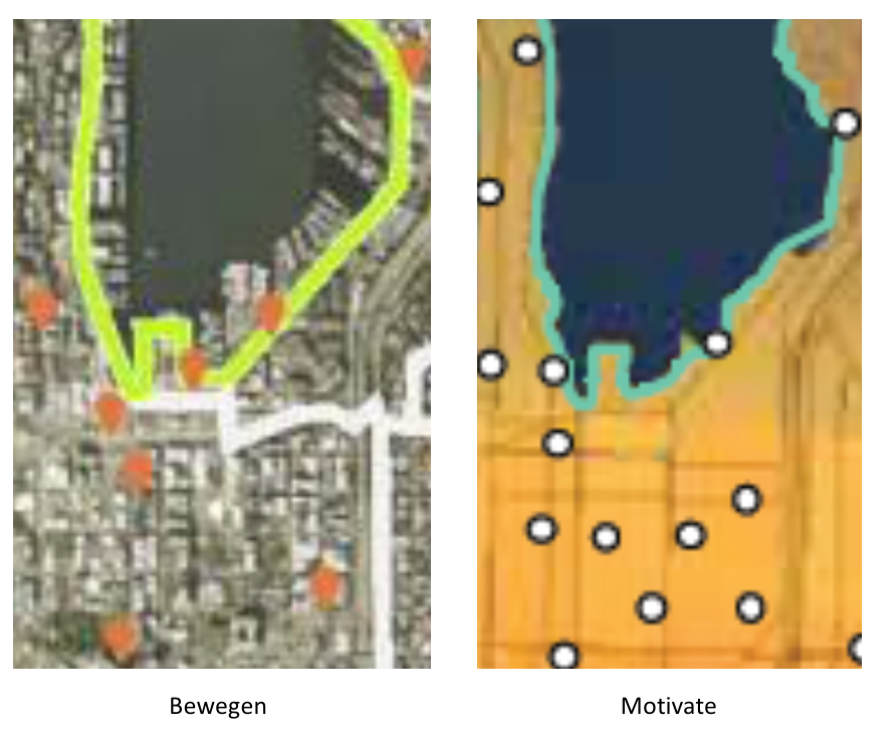 Bewegen also offers a smaller coverage area overall.  Indefensibly, they include the top of Queen Anne(!) but not Ballard.  It’s unlikely anyone in Northwest Seattle would buy a membership for the electric system.  But then, if your emphasis is on tourists, that hardly matters (and let’s not forget that electric bikes are technically illegal on trails like the Burke-Gilman).

The $5,000,000 question, then, then is this: is an all-electric system going to be so compelling that we can ignore best practices about station spacing, living with a smaller coverage area, and absorbing the higher costs?  It’s a risky gamble, and another example of Seattle choosing to reinvent the wheel with untested technology.  Having tried and failed at bike share once, the city must be feeling fairly certain that electricity is the savior and tourists the audience.  From that point of view, it makes sense, although it will almost certainly limit the system’s appeal to locals.

40 Replies to “Seattle Gambles on Electric Bikes to Replace Pronto”