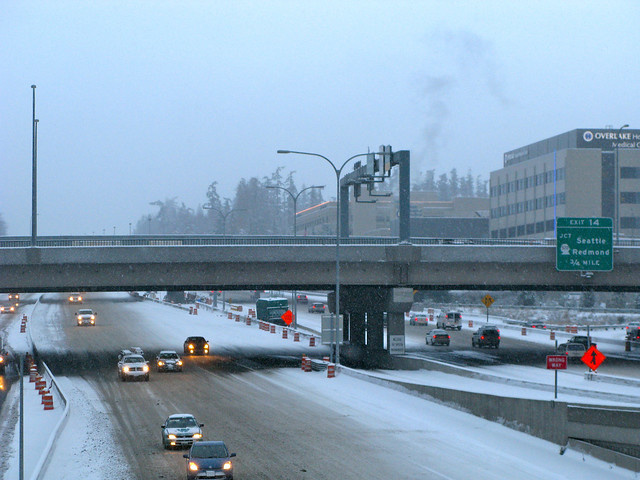 The Sound Transit Board approved $45m for the early acquisition of two properties for the future I-405 Bus Rapid Transit Project during Thursday’s meeting.

Although the project development phase for the BRT project has not yet begun, ST wanted the board to approve the acquisition of the land today while both properties are currently on the market and therefore at risk of being developed.

One property, at the corner of Rainier Avenue S and S Grady Way in Renton, is the potential site of a new transit center and parking garage. The other parcel, a potential bus operation and maintenance facility, is located at 21516 23rd Drive SE in the Canyon Park area of Bothell.

These two sites were the representative sites ST used during the I-405 BRT development stage for the ST3 package. The purchasing of these properties allows the agency to keep these sites as options while the project goes through an environmental review process, the agency said.

Sound Transit acknowledged there was a risk in acquiring the property before the board selects the final sites for the BRT facilities and prior to the completion of a preliminary engineering and environmental review, which could deem one or both of the parcels unsuitable for the project. The agency says alternative sites for the BRT facilities will still be considered as the project moves forward.

There was little discussion as the board approved the $45m purchase.

Dave Upthegrove, ST board member and King County Councilmember, emphasized the value of BRT to the city of Renton during a previous Capitol Committee Meeting where the property acquisitions were discussed.

“The risk of losing this property, I think, will be devastating to the vision there in that community, in particular since this (BRT) is our most significant investment in that corner of the county,” he said.

The meeting also updated the Tacoma Link Expansion. A plan at the 90% design stage is expected to be presented to the Board in September with a complete design ready by the beginning of 2018. The agency hopes to receive a $75m Small Starts grant from the Federal Transit Administration for the project. The City of Tacoma will also be contributing funding to the project and will perform in-kind services including utility work and design reviews. The project is anticipated to be completed in 2022.

The 2.4-mile-long project, with six new stations, runs between downtown Tacoma and the Hilltop neighborhood, at-grade and share lanes with traffic. This is a significant change from the current light rail system in the city which runs at grade but in transit-dedicated lanes, except for one short segment.

Board members, concerned about collisions with cars and impacts to transit speed and reliability, asked if the agency was making any modifications to the design.

“We have been working with the city to mitigate as many impacts as we could with the system running in the street,” said Madeleine Greathouse, Tacoma Link project director for Sound Transit.

This includes increasing awareness and public education, and working with the city on a signal design to address the impacts of a system running in the street.

“Public education is generally my one, two and three in terms of being able to impact keeping drivers from doing stupid things,” said Peter Rogoff, Sound Transit CEO.