Metro has roughly 180 routes, most of which saw daily weekday ridership shifts of 200 riders or less. The 50 routes listed below are the ones that had more dramatic shifts. 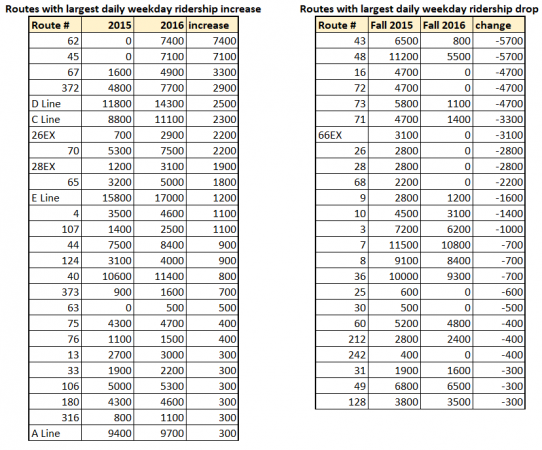 Some of the service improvements were funded by the Seattle Transportation Benefit District, approved by voters in November 2014. The sales tax and car tab for the TBD expire after 2020.

Martin recently laid out the cumulative investments the City of Seattle has made in additional bus service since 2014. Not all of these were made in 2016, and so would not affect the charts above.

57 Replies to “Largest Ridership Changes on Metro Routes in 2016”