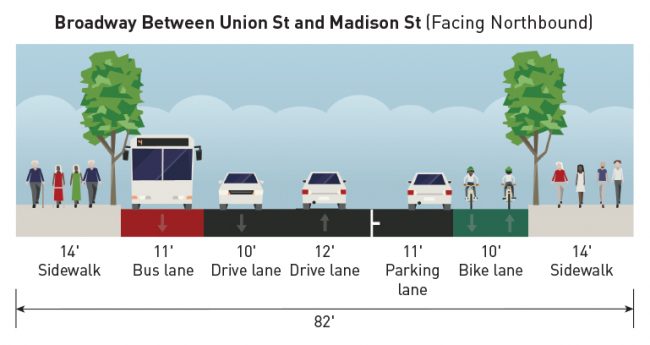 First Hill is an area in the city where SDOT is actively moving forward to add transit priority lanes, and they want your feedback.

As we wrote about last spring, the agency would like to create a transit-only lane on southbound Broadway between Union and Madison.  This is often a point of congestion in the PM peak, so transit priority would be welcome, boosting not just the First Hill Streetcar but Route 9 and 60 as well.

Creating a transit lane means eliminating the center turn lane, so SDOT is also proposing restricting left turns at Pike, Union and Madison.  The net effect would be a substantial decrease in travel time for all modes.  Transit could see a 2+ minute time saving, while travel time for cars would also decrease slightly.