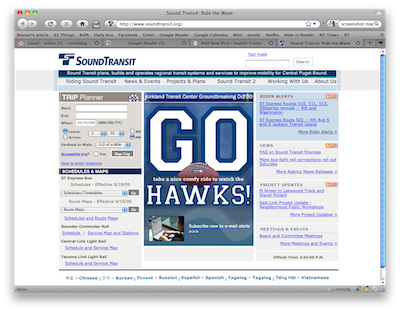 Think the Sound Transit website could use some improvement? Well, so does the agency. They’ve hired a contractor to pitch a new web strategy and could use our input. Consider this an open thread to suggest any improvements to the ST website — we’ll forward on the best thoughts to the agency.