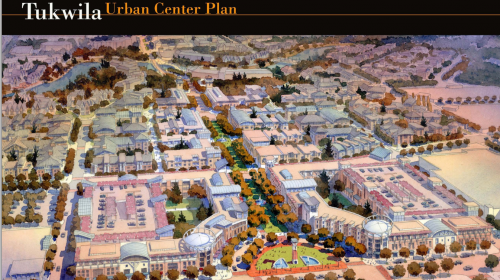 When Sound Transit released its West Seattle/Burien/Renton conceptual study earlier this month, most of the discussion understandably centered on West Seattle. David Lawson sifted through the West Seattle options and found the hybrid that would make the most sense there, but dismissed Burien/Renton as “not a corridor where existing demand suggests a need for true high-capacity transit.” I agree that current 140 ridership is not spectacular, but the question of what “needs” HCT is a subjective one. The corridor is in desperate need of better transit right-of-way, ties together several adjacent areas with municipal enthusiasm for development, and is competitive with its peer projects.

ST’s study says the best of the Burien/Renton options would attract 42,000-51,000 riders. My simple attempt to parse the segment costs by distance suggests this segment would cost $2-3 billion. It’s in the ballpark of Central Link in both respects, although considerations of network effects and study years makes this comparison complex.

Potential All Along the Line

David is right that this proposal is more about potential then current ridership, but then there aren’t many South King corridors with existing robust all-day boardings. Meanwhile, this corridor has potential, west to east:

It’s no mystery why ridership on the 140 is lackluster: TIBS to Renton Transit Center takes up to 32 minutes, a 10-minute drive according to Google Maps, before considering wait time and the overhead of getting to the station. The light rail options would take 10-12 minutes. Aside from the fundamental advantages of easy boarding, off-board fare payment, and traffic separation, the rail options (along with bus option “B2”) fix the way that transit approaches Southcenter from the West:

The difference is subtle, but important. The lower picture follows approximately the current 140 routing: through all the I-5 traffic on Southcenter Blvd, followed by a series of left turns through the shopping centers. As this is a “BRT” option, there is at least some grade separation, though large sections of this line are in mixed traffic.

The top map has a better idea: by constructing a transit offramp from Southcenter Blvd, buses or trains can take Klickitat Drive and approach Southcenter from the West, avoiding right angles and the most congested segments. BRT option “B2” also does the right thing here. It is the least inadequate BRT option, even if it runs in traffic in other segments.

There is going to be another large-scale HCT project in South King County. No one knows what the enabling legislation for Sound Transit 3 will contain, but it’s unlikely that the package will have a significant transfer of resources from South King County to high-ridership projects in North King. Even if subarea equity disappeared, high demand/low revenue South King is a natural complement for low demand/high revenue East King, and the idea of relatively poor South County residents funding giant projects in Seattle is probably a loser at the ballot box.

The other large-scale possible projects are extending Link to Federal Way and Tacoma, or significant expansion of Sounder with much more investment in North/South BRT. It’s inconceivable that ST would fail to fund the segment to North Federal Way that voters already approved in 2008. Although getting to Tacoma is of great interest to both the Pierce County and South King delegations, the development potential is low, the travel times to Seattle are uncompetitive with alternatives, and much of the path is not climate-proof. ST estimates daily ridership at 14,000-17,000 for $2.3-2.6 billion, a third the people of Burien/Renton at roughly the same cost.

Whether massive Sounder expansion is feasible and cost-effective  is a matter for negotiation with BNSF, currently flush with freight traffic. Cities along the Sounder line are keen to fill demand by providing more parking rather than upzoning, which places practical limits on ridership growth.

Note also that the entire Renton segment is in the East King subarea. After East Link reaches downtown Redmond, a trivial expense given the fiscal capacity of East King, the remaining possible capital projects amount to freeway-running rail on 520, I-90, or perhaps I-405. Doing something for Renton while also supporting underfunded South King County is a politically and morally appealing option.

Sound Transit 3 is unlikely to fund the full range of rail ambitions in the region. We don’t yet have all of the segment cost and ridership breakdowns to definitively trade off the alternatives, but the long-range plan should encapsulate the long-term vision for the Puget Sound, not just what’s affordable in the next package. A high quality Burien/Renton corridor solves a number of difficult transportation problems and enables laudable development ambitions in our inner suburbs. It deserves to be part of the long range plan, if not the signature HCT project in the South King subarea.

* And 46 minutes for the more frequent and better-known 101.

79 Replies to “In Defense of Burien/Renton”