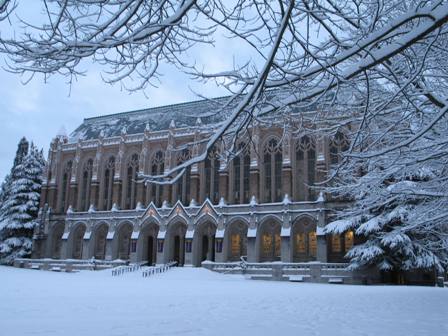 The full list of holiday service levels is below the fold.

Community Transit will run all local routes on regular weekday schedules Christmas Eve and New Year’s Eve, but the only commuter routes going to Seattle will be 402, 413, 421, and 855.

Washington State Ferries will begin its winter schedule on December 28. The current schedule is available here. Check your particular route to see how the new schedule and holidays will impact it.

On the flip side, there will be extended hours on New Year’s Eve for Link Light Rail, with the last trip departing Westlake Station at 1:13 AM, and for the monorail:

On December 31. 2014, the Monorail will be open until 1:00 AM for the New Year’s Eve fireworks at the Space Needle. Due to regulations, the Monorail will carry its last passengers from Westlake Center to Seattle Center at approximately 11:15 PM. We will resume service from Seattle Center to Westlake Center once we receive the ‘ALL CLEAR’ from the Fire Marshall (estimated to be 12:20 AM) – from this point we will carry passengers until 1:00 AM.

Most of the agencies have alert services you can sign up for to get the latest news about service alterations.