Yesterday the TBM Brenda broke through the north wall at the future Roosevelt Station. Launched from the Maple Leaf portal in April of last year, Brenda completed her 1.5 mile journey digging up to 100 feet per day. The contractor, JCM, shoots for 60 feet per day, and Brenda was routinely digging 80 feet per day. TBM Pamela is currently on the same trek, digging the southbound tube. Pamela is making good progress and is currently at NE 85th St near I-5 and should reach Roosevelt this summer. Both TBMs are named after wives of two of the construction project managers.

Many STB writers can attest that the estimated hour the contractor tells ST’s media relations team is usually many hours before it actually holes through the station wall. Brenda was no different; her nose cone didn’t pierce through until late afternoon despite being told to prepare for a morning hole through. She didn’t fully hole through the station wall before the tunnel workers’ shift ended at 4pm. Sound Transit staff will be on hand during the next shift to capture video of the full hole through. 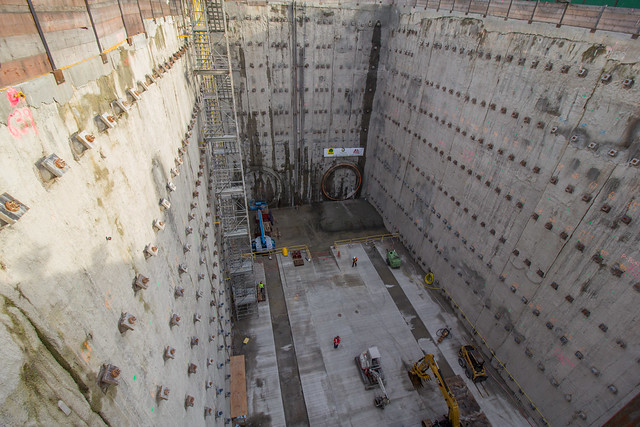 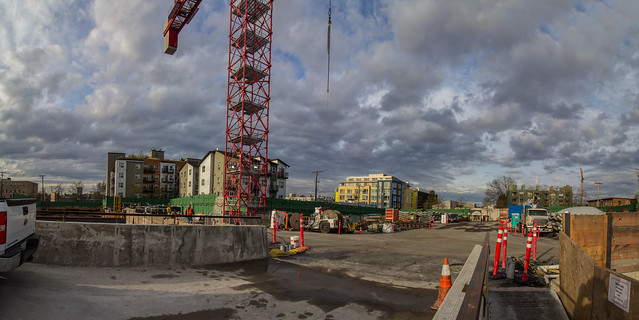 A few more photos can be found here.

26 Replies to “Brenda Holes Through at Roosevelt Station”