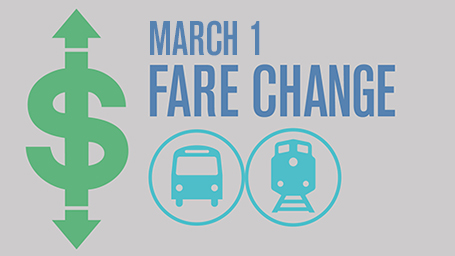 .
It took 30 years for Kitsap Transit’s low-income fare program, started in 1985, to be adopted elsewhere. Martin proposed the idea of a low-income ORCA card for King County Metro back in 2010. A coalition of transit and social justice advocacy groups, now known as Transit for All, got together and sent a joint letter to the King County Council in late 2012, asking for such a program. The County Council unanimously created the Low Income Fare Options Advisory Committee, which issued its report in June 2013. The council then created the Low Income Fare Implementation Task Force, which issued its report in August 2014. The council formally adopted the low-income fare program in its 2015 budget, and the program was given the name ORCA LIFT.

On March 1 of 2015, the ORCA LIFT card went live, and was honored on six different services:

Thanks largely to the work of the two blue-ribbon panels, ORCA LIFT was done right in several ways:

.
Due to the adoption of low-income fares on ST Express and Sounder, ORCA LIFT cards will start being made available in Pierce County and Snohomish County in the very near future. However, you don’t have to be a resident of King County to get the LIFT card at the locations it is distributed in King County, including the Public Health office next door to the King County Metro office, 201 S Jackson St, just west of King Street Station.

While ST Express and Sounder will start honoring low-income fares on March 1, they will raise other fares. ST Express fares will go up by 25 cents in all categories. Sounder fares will go up by 25 cents for Regional Reduced Fare Permit (RRFP) holders (for seniors 65+ and riders with disabilities) and 50 cents for youth 6-18 and regular-fare riders.

Pierce Transit will be raising its discount fares from 75 cents to $1.

Here are the single-ride fares for all services that accept the PugetPass (ORCA’s regional monthly pass), as of March 1. New fares are in bold.