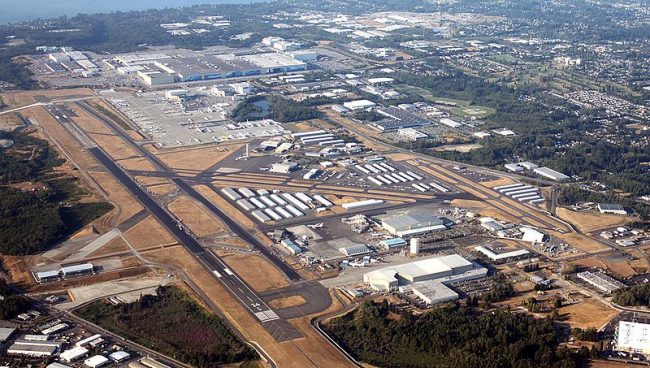 Light Rail to Everett will provide a fast and reliable transportation option in a corridor where congestion is currently getting worse to the tune of a minute every three months. Business and political leaders in Everett have long favored a detour to Paine Field over a more direct line to Everett, in order to serve the Boeing Industrial Center and Paine Field, which is expected to have passenger air service in the future. We agree that ST3 should provide rapid transit to Paine Field but it is clear that the current Paine Field detour has unacceptable time impacts on transit riders, and the alternatives are much better for Snohomish County.

The Paine Field alignment would add nearly 10 years to the schedule for delivery of light rail to Everett. Once constructed, the detour would add 13 minutes to a trip from Everett to Seattle (and add fifty cents to the distance-based passenger fare). Further, the sprawling nature of the manufacturing center the Paine Field detour attempts to serve has so many “last mile” problems that most employees will continue driving to work, with or without light rail.

A better alternative for Everett

Sound Transit should also seek to move as much of the line to the west towards highway 99 as possible. This will increase the transit oriented development potential and serve more existing population centers and better serve transit-dependent riders.

Please join us in supporting this alternative plan, which provides the greatest benefits for Snohomish County and the region.

How can you help?  Please do any or all of the below!

123 Replies to “Everett should choose speed and utility for ST3”