A while ago on a Sunday Open Thread, I aired a trial balloon of doing a podcast on transit issues.  Most of you in the STB comment threads wanted text instead so I’m going to oblige.  I’m hoping based on the responses here to make time to do this monthly or twice a month with a major newsmaker who we would not hear from otherwise that has an impact on transit services north of Lynnwood.  So here we go with the North by Northwest Big Interview!

For my first subject, I decided to choose a friendly face and also a voice who in some of the big debates affecting the North by Northwest region who has not been heard from.  From the Future of Flight Transit Desert to the proposed Paine Field Terminal – the media has (mostly) neglected Mayor Jennifer Gregerson’ s voice.  Today is about turning that around and I sincerely appreciate her interest and participating.

For those on e-mail subscription like I, I’ve decided to insert a jump point here so if you want to read the whole interview – just click the header.  For the over 1,200 word interview itself, read on.

After explaining to Mayor Gregerson that I said something in Seattle Transit Blog comments about doing a big interview once a month, we got into the swing of things. The first question was specifically to discuss Sounder North.  After showing Mayor Gregerson my Sounder North ridership stats table and stating my perception much is expended for only 500-600 commuters, I gave the Mayor the opportunity to explain whether it was worth the investment or not.  Mayor Gregerson explained Sounder North is “important to our community” and noted the 40 cars parked she saw earlier Friday May 8th as per my photo below plus the proximity to the ferry terminal. 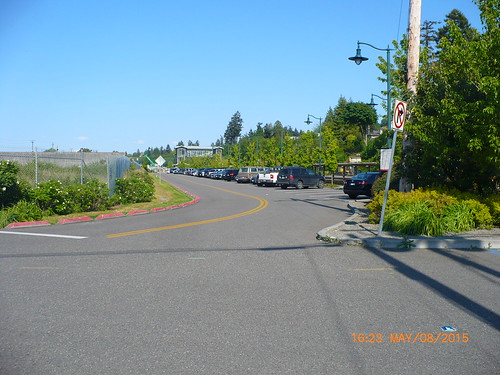 Mayor Gregerson stated many of the costs in Sounder North are sunk costs but acknowledged the Sound Transit 2012 Citizen Oversight Panel report also covered by KING 5.  The Mayor does believe as the Mukilteo waterfront is being redeveloped with a new multimodal terminal ridership will increase with increased “connections to the waterfront” and more bus bays and a greatly improved “walkshed” that should “over time, improve the ridership”.

When asked where Mayor Gregerson would back away from supporting Sounder North either due to slides or ridership, she deferred to the Sound Transit Board but also the new Sounder North preemptive safety cancellation procedure.  Mayor Gregerson has put Sounder North’s future arguably on the Mukilteo waterfront redevelopment.  Also if it were possible to renegotiate the Sound Transit contract with BNSF to get the same deal Sounder South has, that could “really help” by growing the number of trips available and would be something she’d support. 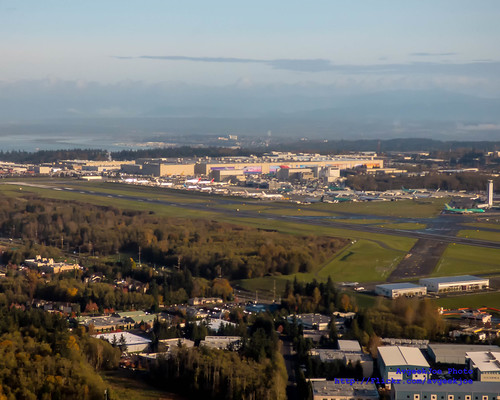 A Great Slice of Paine Field With Everett In the Distance

To discuss potential transportation options for the possibly upcoming Paine Field passenger terminal which the City of Mukilteo opposes to protect the Paine Field status quo with major economic generators as per official resolution; I brought up the upcoming Paine Field Terminal Environmental Assessment (EA for short).  Mayor Gregerson mentioned Propeller Airports is currently attempting to recruit airlines to their proposed 2-gate facility and is appealing the Snohomish County Council decision to court.  Mayor Gregerson believes Paine Field “is a good neighbor with the uses that are there now”.  But when asked about requiring Propeller Airports to provide as mitigation transit infrastructure, “I think that could be a great mitigating condition” as “all the impacts are considered”.  “If that leads to service not happening, that’s our community’s preference but addressing mitigating conditions, that’s good too – there’s definitely concerns about parking impacts and traffic impacts.”  There are “not good” transit connections to Paine Field, and the Mayor brought up lack of good connections to the Eastside/Bellevue and northern destinations. 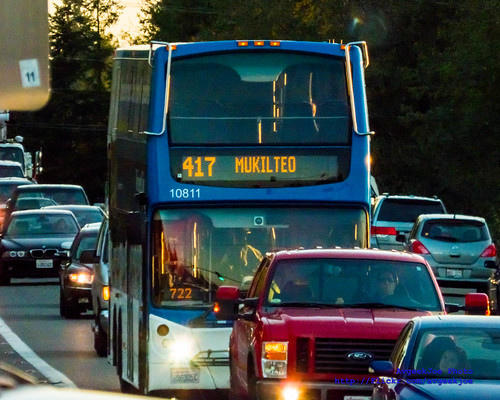 Mayor Gregerson is also happy Mukilteo is finally getting a Park & Ride at Bernie Webber Drive.  The plan is for 200 spots for now, but can grow to 400.  Sadly Community Transit will not currently realign routes in any way, such as having a bus stop at the Park & Ride in the name of supposedly preventing an additional 10 minutes.  Understandable but “delays on the Speedway” could be created by more pedestrians having to cross to the bus stop on the other side of the Speedway now. 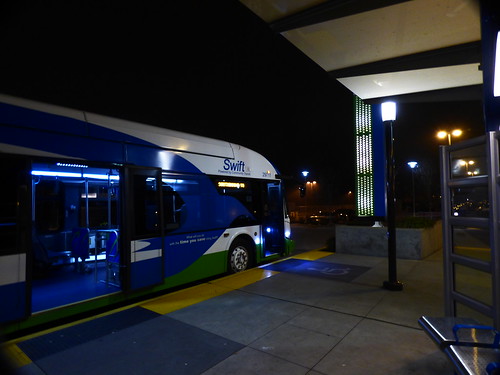 When asked to consider bus bulbs and/or a Swift line along the Mukilteo Speedway, Mayor Gregerson would be concerned with about Mukilteo Speedway road speeds versus 25-30 MPH where bus bulbs are commonly used.  However… Mayor Gregerson would prefer Swift II not end at the proposed Seaway Transit Center at the east side of Boeing but rather loop from Seaway back to Future of Flight down 526 to Bernie Webber Park & Ride.  The latter of which would be mere dozens of feet from Historic Flight Foundation & the Paine Field Windsock – both key aviation tourism locations.  The Bernie Webber Park & Ride would also be mere hundreds of feet from a major Mukilteo marketplace with QFC, a bank, a Jack In the Box and so much more.

Mayor Gregerson also noted Boeing is losing (free) parking capability – partially with the 777X factory extension as per a November 2014 aerial photo of mine – and hoping that will help Boeing shift workers choose transit as well.  At that point, Mayor Gregerson mentioned a desire to join the Community Transit Board to advocate for Mukilteo – again to advocate for Swift II to come to Mukilteo, among other service improvements. 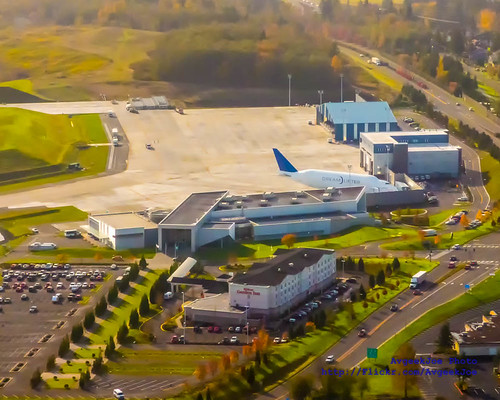 My photo: Looking South and Down on the Future of Flight & Boeing Dreamlifter Center In November 2014

Finally, when asked to opine on the Future of Flight transit desert (my phrase, not the Mayor’s), Mayor Gregerson is following the situation and hoping for a fix.  When told Community Transit has received a large amount from Future of Flight and potentially another large amount to the same Sound Transit that contracts with Community Transit to provide commuter transit service, Mayor Gregerson is emphatic to that concern.

Mayor Gregerson was also pitched the idea of a special bus going from the Seaway Transit Center to Future of Flight to Community Transit Route 113; Mayor Gregerson sees it as a connection to a “job center” which would be a “good argument”.  Could be a “good compromise” but the top preference is for Swift II to go from Seaway Transit Center to Future of Flight to the Bernie Webber Park & Ride.  A preference I’m sure many of us like me could get behind… so stay tuned.

Ultimately Mayor Gregerson is a pro-transit savvy politician ready to extend the transit network.  I’m hopeful transit services in Mukilteo can and will grow under her leadership with Community Transit seeking new revenue to make Mukilteo the transit-friendly city it could be.

Special thanks to Mukilteo Major Jennifer Gregerson for setting up and honoring this appointment with a lowly Page Two writer for Seattle Transit Blog.  I know some in the comments will be critical of the thoughtful positions she’s taken – some positions that I’m wary of and one Swift position I’m ready, aye, ready to champion – so please keep your comments thoughtful & classy.  I’d like to do this once or twice a month… maybe we’d like to hear from Skagit Transit or after I go through a public records request due end of June the new Community Transit CEO or one of the watchdogs of Island Transit.

Programming Note: We will be revisiting Sounder North this week.  One way or another…