A series of public meetings focused on limited segments of the WSBLE DEIS is underway. Those who are unable to attend can comment by email, voicemail or snail mail using this page. You can even schedule a 20-minute virtual meeting with the project team to ask questions about the DEIS in the meantime.

As a supplement to the previous Ballard-focused post, I wanted to include some brief details about the South Interbay (Smith Cove) segment shown below. 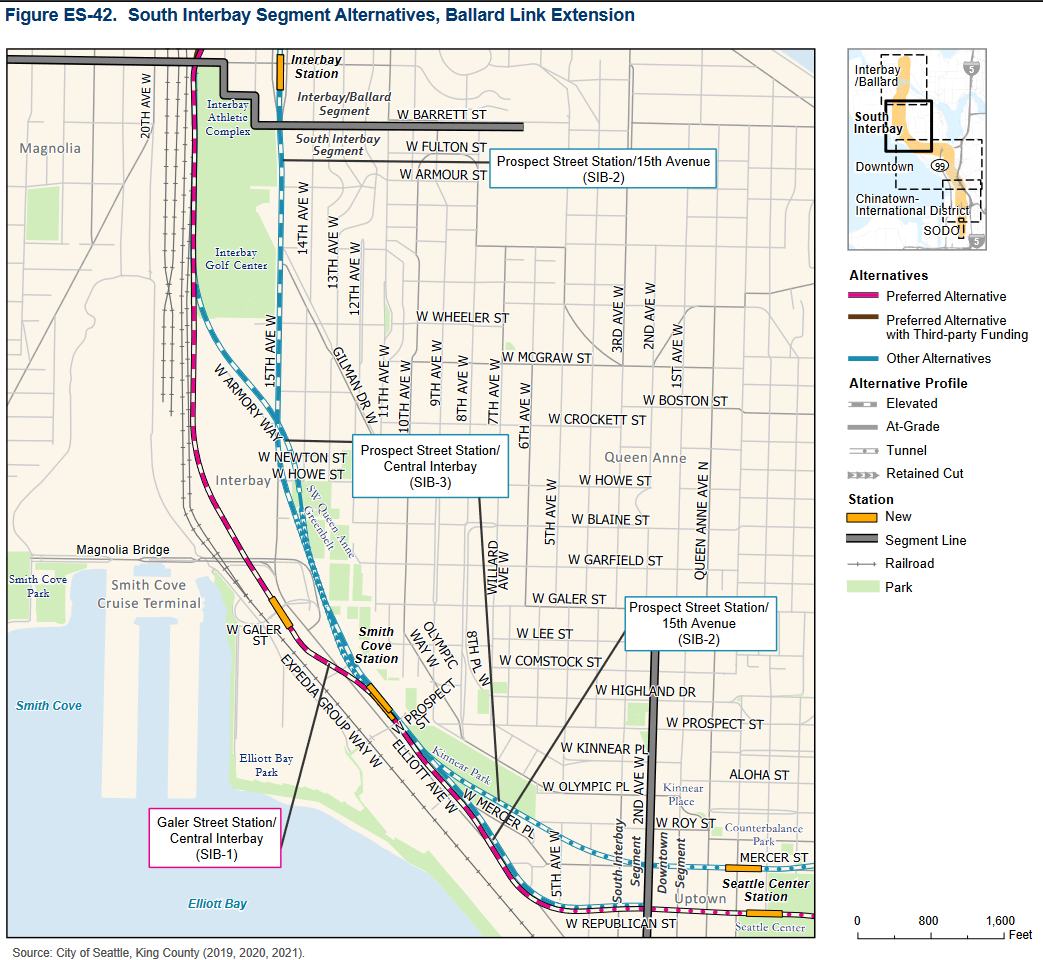 You can find details about each of the proposed alternatives on one page here. Key impacts such as estimated costs, ridership, displacements and disruption from construction are summarized here.

A few notes about this segment:

– These alternatives will likely see less discussion than the Ballard alternatives given their substantially lower ridership estimates.

– As with the Ballard/Interbay segment, the track alignments here are somewhat interchangeable; station placement will be the key decision point.

– The proposed station designs for each alternative vary substantially. SIB-2 and SIB-3 contrast modestly elevated and retained-cut stations respectively, while the preferred alternative (SIB-1) would resemble the SeaTac station with a platform about 65ft above street grade. You can delve further into the station design details at this community advisory meeting timestamp.

– The DEIS provides ridership and impact estimates for an M.O.S. scenario. These altered values estimate how the Smith Cove station would function if it was amended to serve as a temporary line terminus, presumably due to funding constraints.

Be sure to speak up in the comments about your preferred alternative.

14 Replies to “Link options in Interbay”