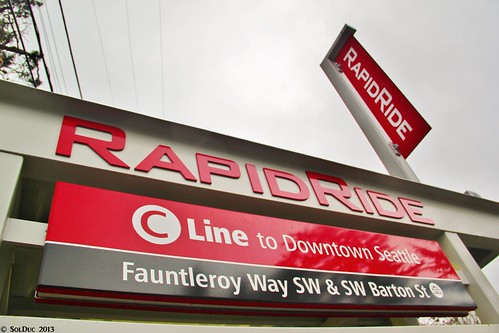 SDOT last week released its updated workplan (PDF) for the Move Seattle levy, the 9-year, $930m program that includes everything from streets and sidewalks to buses and bikes.

While the original levy included 7 “RapidRide+” corridors, it became apparent in April that SDOT didn’t have the money to do all 7 and would be scaling back.  Mayor Durkan ordered a review and a new workplan. We got a hint of the new scope in September, when Metro announced that only 4 new RapidRide lines would launch by the time the levy expires in 2024.

Now we have a better sense of how SDOT is prioritizing its portion of the work. All of the projects are getting bumped 1-3 years.  Budgets listed below are totals for each project and include a mixture of levy funds and other federal, state, and local sources (some as-yet-unidentified).  As you can see, the level of investment varies greatly from line to line.

To recap, that’s three new RapidRide lines (G, H, Roosevelt), three lines (40, 44, 48) that will see “bus lanes, channelization, and signal optimization for buses, and signal priority for transit,” and one line, the 7, that will fall somewhere in between: SDOT will do some stuff then Metro will come in later and finish the job.

Read the SDOT blog post to learn more about the other aspects (bikes, sidewalks, streets) of the updated plan.

RapidRide branding by SolDuc Photography in the STB Flickr Pool